Driving with peace of mind​

Free & Fast Online Part Exchange Valuations Interested in selling or part-exchanging? Use our tool to find out what your vehicle is worth. Value Now

Sometimes it’s the small things which can make a difference. For example - having heated seats and steering wheel for cold mornings, being able to charge your smartphone wirelessly, or switching the rear view monitor on for extra visibility while driving.

IONIQ Plug-In Hybrid is powered by a specially developed powertrain
that adds driving pleasure to the environmental benefits of a hybrid system. When IONIQ Plug-in Hybrid's two hearts beat as one, the combined output of the 1.6L engine and electric motor reaches a highly gratifying 141PS. They also operate independently as conditions require. So seamless are the transitions between pure electric, hybrid and petrol-only driving modes that they are barely noticeable. In pure electric mode, IONIQ Plug-in Hybrid's range extends up to 39 miles thanks to the 8.9kW/h lithium-ion polymer battery. 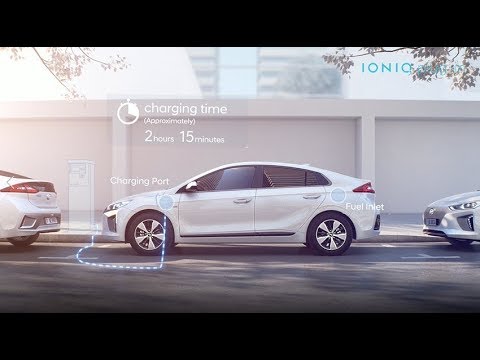 Find out more about the Ioniq Plug-in Hybrid - Contact us or Visit out new Hyundai Retailer in Aberystwyth.

Ioniq Plug-In Hybrid Your Next Steps
Send an Enquiry
Book a Test Drive
Find a Dealer
View All Offers
Back
Book A Service
Vehicle Valuation
Compare Saved Vehicles
Top
Close
Your Cookie Settings
Select your cookie settings
Strictly Necessary Strictly Necessary cookies are essential to let you move around the website and use its features, such as accessing secure areas, shopping baskets and online billing. These cookies allow our website to provide services at your request.
Functional Functionality cookies are used to remember the choices you make, e.g. your user name, log in details and language preferences. They also remember any customisations you make to the website to give you enhanced, more personal features.
Targeting Targeting cookies collect information about your browsing habits to deliver adverts which are more relevant to you and your interests. They also measure the effectiveness of advertising campaigns.
Save Settings
Cancel Changes