Range Rover Evoque from £449 per month

The All-New Evoque's narrow headlights and beefy (yet exquisitely athletic) looks are remarkably faithful to its inspiration, the LRX concept car. The copper detailing of the grille, bonnet vents and engine bay vents emphasise the quality of the materials used in the Evoque's construction. Inside, the cabin shows a similar attention to the best materials available, with partial- or full-grain leather seating accompanied by an elegant brushed aluminium centre console and chrome-edged dials and instruments along with the new Duo Touch Pro.

Superb body control, crisp steering and an adaptive suspension make the Evoque compliant and nimble over the roughest surfaces. This is despite its substantial size, which allows it to offer ample maximum storage space of 1066 litres with the rear seats folded forward.

The Range Rover Evoque is an immensely stylish 4x4 perfect for everyday urban or suburban driving. Its looks and performance, along with minimal fuel consumption and carbon emissions compared to its peers, have made it one of the manufacturer's most popular and esteemed models. In the two years since production began, the Evoque has won the “Car of the Year" award from both Top Gear and Auto Express, along with “Design of the Year" at the World Car Awards. 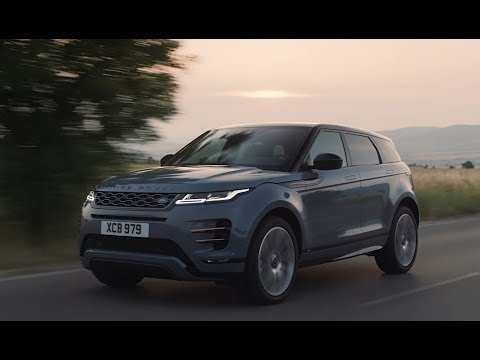 *Important Information: Representative Example relates to a Range Rover Evoque D200 R-Dynamic S 21MY. Representative 4.9% APR available on new Range Rover Evoque registered between 1st January 2021 and 31st March 2021 at participating Retailers only. With Land Rover Freedom Personal Contract Purchase you have the option at the end of the agreement to: (1) return the vehicle and not pay the Final Payment. If the vehicle has exceeded the allowed mileage a charge per excess mile will apply. In this example, 14p per excess mile up to 4,999, or for excess mileage of 5,000 or more, a charge of 28p will apply to each excess mile above the allowed mileage. If the vehicle is in good condition and has not exceeded the allowed mileage you will have nothing further to pay; (2) pay the Final Payment to own the vehicle or (3) part exchange the vehicle subject to settlement of your existing credit agreement; new credit agreements are subject to status. Representative example is based upon an annual mileage of 10,000 miles. Credit is subject to status and only available to applicants aged 18 and over resident in Mainland UK and N.Ireland. This credit offer is only available through Black Horse Limited trading as Land Rover Financial Services, St William House, Tresillian Terrace, Cardiff CF10 5BH. We can introduce you to Land Rover Financial Services and a limited number of other lenders to provide funding for your vehicle. We may receive commission or other benefits for introducing you to such lenders.

Back
Book A Service
Vehicle Valuation
Compare Saved Vehicles
Top
Close
Your Cookie Settings
Select your cookie settings
Strictly Necessary Strictly Necessary cookies are essential to let you move around the website and use its features, such as accessing secure areas, shopping baskets and online billing. These cookies allow our website to provide services at your request.
Functional Functionality cookies are used to remember the choices you make, e.g. your user name, log in details and language preferences. They also remember any customisations you make to the website to give you enhanced, more personal features.
Targeting Targeting cookies collect information about your browsing habits to deliver adverts which are more relevant to you and your interests. They also measure the effectiveness of advertising campaigns.
Save Settings
Cancel Changes