​​​​​​​​​​The fast-responding and intuitive Pivi Pro system allows customers to make full use of New Defender’s Software-Over-The-Air (SOTA) technology, without compromising its ability to stream music and connect to apps on the move. With its own designated LTE modem and eSIM, the SOTA technology can operate in the background, without affecting the day-to-day connectivity provided by the separate modem and eSIM in the infotainment module.

The always-on and always-connected ​Pivi Pro set-up sits at the heart of New Defender’s cabin and its 10-inch high-resolution touchscreen allows customers to control all aspects of the vehicle using the same processing hardware as the latest smartphones. In addition, customers can connect two mobile devices to the infotainment head unit at once using Bluetooth, so the driver and passenger can enjoy hands-free functionality concurrently without the need to swap connections.

"With one LTE modem and eSIM dedicated to the Software-Over-The-Air (SOTA) technology and the same set-up looking after music streaming and apps, New Defender has the digital capacity to keep customers connected, updated and entertained at all times anywhere in the world. You could liken the design to a brain, with each half enjoying its own connection for unrivalled and uninterrupted service. Like the brain, one side of the system looks after logical functions, like SOTA, while the other takes care of more creative tasks."

Pivi Pro has its own battery, so the system is always on and able to respond immediately on start-up. As a result, the navigation is ready to accept new destinations the moment the driver sits in the vehicle, with no delay. Customers can also download updates, so the system is always using the latest software – including navigation mapping data – without the need to visit retailers for updates to be installed.

The LTE connectivity behind Jaguar Land Rover’s infotainment also allows New Defender to roam across multiple networks in different regions to optimise connectivity, so customers suffer minimal interruptions caused by coverage blackspots from individual providers. In addition, the cloud-based architecture provided by CloudCar makes it easy to access and use content and services on the move and will even support in-car parking payments when New Defender hits UK streets this spring.

Land Rover has also confirmed the first New Defenders will feature more SOTA capability than originally projected. At its Frankfurt Motor Show launch in September, Land Rover announced that 14 individual electronic control modules would be able to receive remote updates, but the first production vehicles will feature 16 control units capable of receiving SOTA updates. Land Rover engineers estimate that in-dealer software updates will be a thing of the past for Defender customers before the end of 2021 as additional SOTA modules come online, rising from the current 16 to more than 45.

Land Rover will showcase its advanced Pivi Pro technology at the Consumer Electronics Show (CES) in Las Vegas, with the New Defender 110 and 90 taking pride of place on the Qualcomm (LVCC, North Hall, 5606) and BlackBerry (LVCC, North Hall 7515) stands respectively. 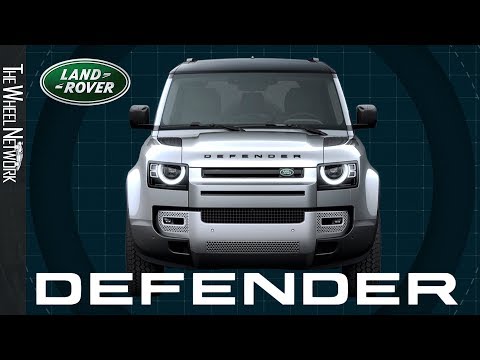 Please feel free to contact us with any questions or visit us at Shukers Ludlow or Aberystwyth.

Enquire Now
Back
Book A Service
Vehicle Valuation
Compare Saved Vehicles
Top
Close
Your Cookie Settings
Select your cookie settings
Strictly Necessary Strictly Necessary cookies are essential to let you move around the website and use its features, such as accessing secure areas, shopping baskets and online billing. These cookies allow our website to provide services at your request.
Performance Performance cookies collect information about how you use our website e.g. which pages you visit most often, and if you experience any error messages. They also allow us to update our website to improve performance and tailor it to your preferences. These cookies do not collect any information that could identify you - all the information collected is anonymous. They will not be used to target adverts to you on other websites.
Functional Functionality cookies are used to remember the choices you make, e.g. your user name, log in details and language preferences. They also remember any customisations you make to the website to give you enhanced, more personal features.
Targeting Targeting cookies collect information about your browsing habits to deliver adverts which are more relevant to you and your interests. They also measure the effectiveness of advertising campaigns.
Save Settings
Cancel Changes