Required cookies are essential to let you move around the website and use its features, such as accessing secure areas, shopping baskets and online billing. These cookies allow our website to provide services at your request.

Functionality cookies are used to remember the choices you make, e.g. your user name, log in details and language preferences. They also remember any customisations you make to the website to give you enhanced, more personal features.

Targeting cookies collect information about your browsing habits to deliver adverts which are more relevant to you and your interests. They also measure the effectiveness of advertising campaigns.

Save Settings
Accept All

This site uses cookies and related technologies for site operation, analytics and third party advertising purposes as described in our Privacy and Data Processing Policy. You may choose to consent to our use of these technologies, or further manage your preferences. To opt-out of sharing with third parties information related to these technologies, select "Manage Settings" or submit a Do Not Sell My Personal Information request.

AS NEW SPACESHIP IS REVEALED

Land Rover has announced a three-year extension to its global partnership with Virgin Galactic, the world’s first commercial ‘spaceline’.

Land Rover vehicles are part of daily life for the Virgin Galactic team, with roles that include towing the space vehicles, carrying equipment and clearing runways before take-off. They played key roles during the company’s first two spaceflights which saw Virgin Galactic become the first private company to fly humans to space on a spaceship designed for commercial service. 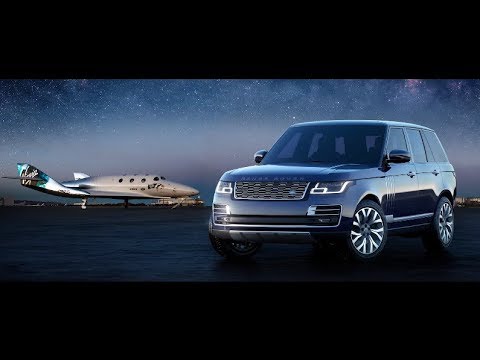 Explore the Ultimate Range Rover including our latest offers available at our Award-Winning Land Rover Retailer.